​Chiropractic and Ayurveda are two ways of looking at the same coin. Both are fundamentally concerned with imbalances, but Ayurveda places more emphasis on detoxification.

Back pain. Neck pain. Hip pain. Surgery. Meds. Been there. Done them all.

Prior to discovering Ayurveda and yoga, I regularly saw a chiropractor, massage therapist, rolfer, and acupuncturist to manage back and neck pain. I was told that I would need to see a chiropractor for the rest of my life because my back needed “continual maintenance”, given the metal rod fixed on my spine from T6 to L4. I accepted this story and chiropractic without question for 10 years.

Being an executive who travelled extensively for work, I necessarily had a chiropractor in several cities – Vancouver, Dubai, Toronto, London, Los Angeles and even Bangalore. It was hard to go even two weeks without a chiropractic adjustment. My boss told me to learn yoga, but I never listened. And why would I? I loved my different doctors and therapists, and recommended patients to all of them.

I was a staunch advocate of alternative and complimentary medicine (ACM). My diet was disciplined. I ate organic food and was gluten-free with occasional cheat days. I switched from white sugar to brown; from dairy milk to almond milk and then to rice milk; from tonic water to sparkling water. I went to the gym 5 or 6 times a week and climbed the Stairmaster from here to the moon every time. Does this lifestyle sound familiar?

My different therapists were fantastic. The best of the best. There was only one problem: pain relief was temporary and I was addicted. Not to mention the costs.

I spent at least ‎$700 a month on my different therapists.

My parents thought I was a spendthrift. However, at the time, I needed my different ACM doctors. Quitting chiropractic and massage therapy was not an option. I worked seven days a week and only made time for the gym and occasional partying. Eventually I came to my senses and decided that I was due for change. I quit my job and travelled India, where I discovered Ayurveda and yoga.

The essence of Ayurveda

According to Ayurveda, every human being is comprised of three energies – vata, pitta and kapha. Each dosha is a different combination of the elements found in our universe and throughout the planet. Simply put, pitta is the combination of fire and water; kapha is earth and water; and vatta is air and space.

When the three doshas are out of balance – whether in the body or mind – the result is disease, physical pain, discomfort and/or mental illness. Hence, the purpose of Ayurvedic treatment is to restore the body’s natural balance among the three doshas. When this balance is achieved, disease is either significantly reduced or altogether eliminated, and the body’s innate capacity to heal and maintain good health is maximized. 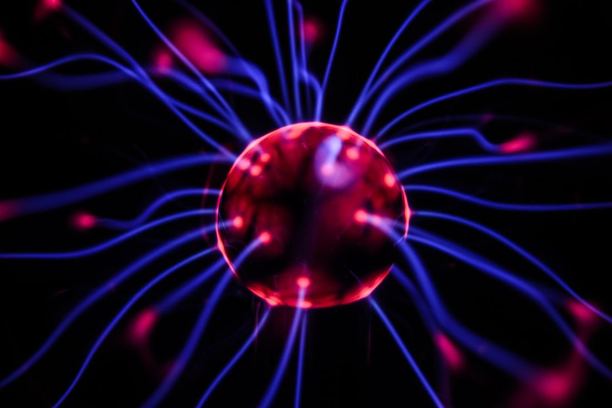 Both Chiropractic and Ayurveda strive to remove obstructions to innate intelligence, thereby restoring the body’s inherent capacity to heal itself
The innate

Like chiropractic and other ACM disciplines, Ayurveda believes that unless the root cause of the ailment is addressed, the body’s innate intelligence and inherent capacity to heal itself is impeded and only symptomatic relief is possible.

The cause of subluxation

The cause of subluxation was something that I used to discuss and debate all the time with my chiropractors. They would say that subluxation is caused by a slip, a fall, a hit in hockey, a car accident and even genetics, as in the case of scoliosis. Some chiropractors would get more philosophical and say that stress, anger, complaining, gossip and other vices of the mind are the cause. They used the term “psychosomatic”, meaning illness induced by mental factors such as conflict or stress.

Nearly all my chiropractors talked about toxicity caused by the pesticides and preservatives found in our food and water. They talked about chemicals and unnatural ingredients found in our prescription drugs, over-the-counter medicines, and immunizations. 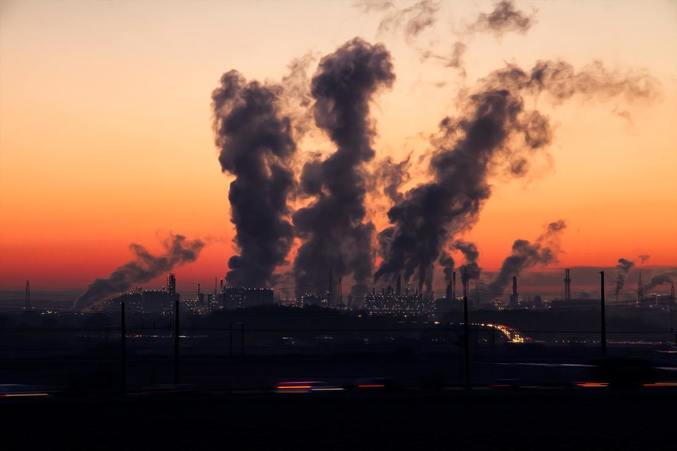 Chiropractic and Ayurveda would agree that pollution is one of the many causes of toxicity in the bod
And finally, there is pollution. Our air is filled with toxins from the fumes of our cars, buses and factories. This pollution finds its way to our lungs and gets absorbed and stored in the body as toxins, which ultimately manifest as subluxation.

In short, everything is suspect and a potential cause of toxicity, and so almost anything can cause subluxation. Try as best you can, but you cannot avoid spinal misalignment because stress and toxicity are largely unavoidable in our modern world. “Everybody needs an adjustment,” was the motto of my chiros. And while this may be true, the problem was my mental and physical dependency on a chiropractic adjustment – once a week for 10 years – which became unsustainable.

Ayurveda would largely agree with chiropractic that many illnesses can be psychosomatic. Problems of the mind, such as stress and anger, are themselves the creators of toxins. It is these toxins that are stored in various parts of the body – our stomach, our lungs, our joints, our intestines, and in our blood.

Like chiropractic, Ayurveda accepts the unavoidability of toxins. They are everywhere: in the food we eat, the air we breathe, and the thoughts we think.  According to Ayurveda, it is the accumulation of toxins that causes an imbalance of the doshas.

When the doshas are imbalanced, it can even manifest in the spine. Why? Because toxins find safe refuge in our spinal fluid and in our vertebrae where there is open space – known as “akash” in Sanskrit. So while it is true that a subluxation can be caused by a bad slip, a fall, or a body check in hockey, Ayurveda would say that toxins in the spine also cause subluxation.

But is subluxation not a form of imbalance? Think about it. When one vertebra is not sitting properly on top of another, it can be said that the two vertebrae are not in balance. In this sense, subluxation is just another word for imbalance.

Therefore, chiropractic and Ayurveda are not at odds with each other. Rather, they are two ways of looking at the same coin. Both are fundamentally concerned with imbalances, but Ayurveda opts to focus on detoxification and the restoration of balance among the doshas. 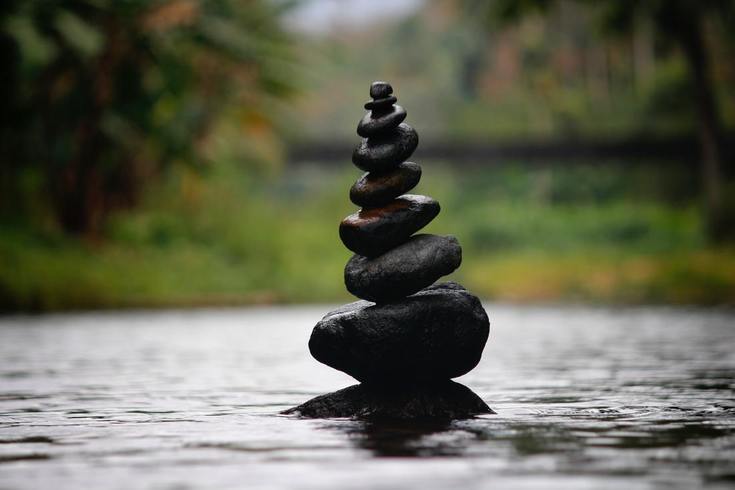 The treatments in Ayurveda can be categorized into four broad categories:
What exactly happens during each of the above phases is beyond the scope of this article, but if you are interested in learning more about Ayurveda, read this article.  Here we are focused on the similarities and differences between Ayurveda and chiropractic. One key difference is the duration of treatment.

The Pizhichil treatment involves the pouring of hot oil all over the body to treat pain and musculoskeletal disorders.
​​Duration of treatment

When you consider the range of treatments that are used in Ayurveda, the term “holistic” takes on a deeper and fuller meaning. It is not a five or ten minute affair like an adjustment on a high-low table or chiropractic bench. A proper Ayurvedic detox program takes a minimum of three weeks.

Whereas you might have to see a chiropractor three times a week during the “acute” phase or once a month during the “maintenance” phase, Ayurveda recommends a detox at least once a year, if not once a season. Admittedly, this can be tough for the vast majority of working professionals and business owners. But ultimately, there comes a time when we need to prioritize our health over other commitments.

In my own situation, I went from seeing a chiropractor once a week to once or twice a year. For the last four years, Ayurveda combined with yoga have helped me to maintain a healthier spine, better posture, and a pain-free life. Having said that, I do see a chiropractor whenever a curious situation arises in my spine that no amount of yoga can correct; but now it is a choice, not a physical or psychological dependency. Thus I do not view chiropractic and Ayurveda as antithetical but rather complimentary and mutually reinforcing.

Due to the long duration of treatment required for an Ayurvedic detox, a growing number of resorts are offering shorter programs. Some require a minimum stay of seven days, while others have specific durations ranging from three days to one month. However, it is not uncommon to find people who stay longer. There are some Ayurveda resorts, like Indus Valley Ayurvedic Centre in Mysore, where several clients visit every year for three months.

We have repeatedly observed that when people are deeply committed to their health and have discovered the life-changing benefits of Ayurveda, they make time for it. It’s that simple. In the absence of the time or budget to travel to India for Ayurveda, it may be necessary to access whatever type of care is available to you, including naturopathy, chiropractic, osteopathy, physiotherapy, acupuncture and rolfing.

Wherever you are on the journey to health, we say “Namaste”. That is, we honour the divine in you and wish you well.
Disclaimer

The purpose of this article is to highlight the similarities and differences between Ayurveda and chiropractic and to underline their essential unity in promoting innate intelligence and balance in the body. This information is provided to educate and inspire, not to claim the superiority of one medical system over another. At Ayurooms, we are deeply appreciative of the support that we have received from the chiropractic community and from Dr. Rahim, in particular, who visited one of our resorts in 2018 and continues to extol the benefits of Ayurveda to his patients. In the end, medicine is not about dogma but about helping people to transform their health and quality of life. Should you wish to know more about what Ayurveda can do for you, please submit your request via our contact form  below  and we will connect you to an expert.
This article was written by Alykhan Alidina, a patient of both chiropractic and Ayurveda and a curator of outstanding wellness experiences in India.