How the coming crash will affect startups

This article was originally written for the Indian startup community and submitted to the Indian press on the morning of 11 October 2018, when the Dow Jones Industrial Average stood at 25,598 points. Since then, the Dow has witnessed a steep decline, while volatility has increased. This article offers some perspectives on what startup entrepreneurs can expect in the turbulent times ahead.

Now you may wonder why an article on the economy and startups would feature on a wellness website? The answer is simple: Ayurveda is defined as “the science of life” and life does not separate health and economy, health and work, health and education. Each is a facet of life. One resonates on the other. Happy Holidays!

Make no mistake. The next global crash is here.

The crash, however, did not start this week. It started months ago when various emerging market currencies, including the Indian Rupee, started to depreciate against the US Dollar and the more stable currencies of the Western world, such as the Euro, the British Pound, and the Canadian Dollar. To be clear, the various falling currencies around the world are not the cause of the crash, but signs that the crash is coming or already here, and that the “smart money” is shifting to places that are perceived to be safe and more stable.

If you do not believe that we are on the doorstep of the next global financial crisis, consider that Warren Buffet’s Berkshire Hathway is sitting on more than $111 billion in cash – 833,000 crore rupees – as at the end of July 2018. Most informed readers would be aware that Warren Buffet is arguably the world’s most respected and successful investor in modern history. Both Mr. Buffet and Bill Gates have been saying for some time, “It’s not a question of if there will be a major crash; it’s a question of when.”

In short, the smartest of the smart are sitting on cash right now because the next global crash is coming, if it is not already here and happening now.

So how will the crash affect Indian startups?

The answer to this question really depends on the developmental stage of your startup and its ability to raise cash, generate revenue, and retain human talent throughout the coming storm. And the storm may last for years, not months.

Here are at least seven ways that Indian startups will be affected by the crash:

Let’s dissect each of the above inevitabilities. 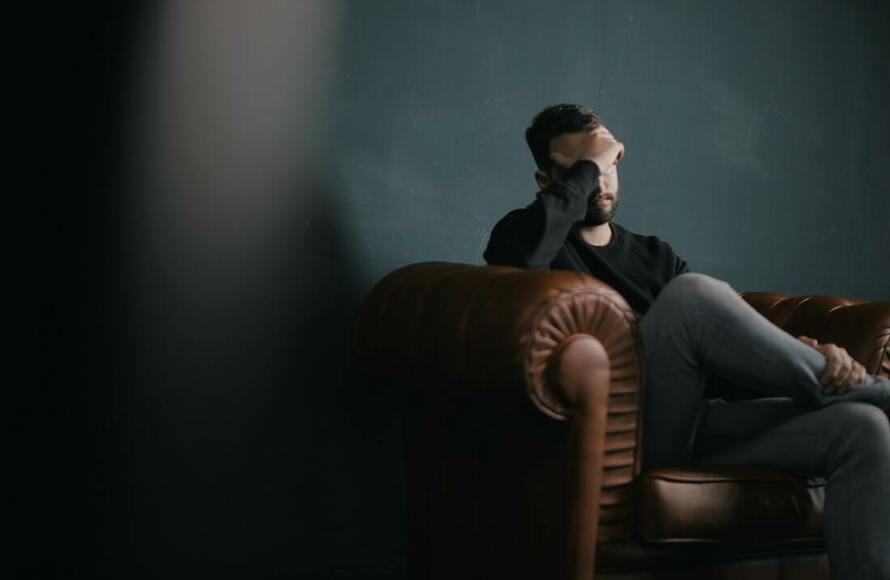 Mass layoffs, firings, cancelled contracts and betrayed commitments are both precursors and aftereffects of a crash.
Massive Layoffs and Firings

Actually, mass layoffs have already started in India, both within startups and mature companies. An article in YourStory covered this in July 2017. Prominent names such as Ola, SnapDeal, Cisco, AskMe, Housing.com, Larsen & Toubro, TCS, Flipkart, and Yahoo collectively cut over 30,000 IT jobs in the last two years. Other firms such as Infosys, Wipro, Tech Mahindra, HCL, Cognizant, DXC Technology and CapGemini had planned cuts of over 50,000 employees.

So shedding employees is already happening and no one really knows how bad things will get.

Mass firings and layoffs will affect startups in two main ways. Firstly, disposable income and discretionary spending will fall across India and across the world, meaning that your customers or potential customers will not have the same amount of money to spend on your product or service. Secondly, if you are working for a startup, your job may be at risk.

As income and consumption fall, most startups will see less revenue, less user growth, lower margins, and other discouraging metrics. Preserving cash will be paramount and to do so, startups and mature companies alike will slash the red ink and distribute pink slips.

In parallel with layoffs and firings, another cash preservation strategy for most businesses is to cancel purchase orders, retainers, consulting contracts and all discretionary or speculative commitments. So if your startup is banking on monthly retainers, future purchases or multi-year commitments from one or more customers, you are on shaky ground, especially in India where it is difficult to enforce contracts and collect money for delivered or undelivered services.

Similarly, don’t bank on past or current investors to save you. Even if you already have investors who have committed to future cash injections, don’t be surprised if they try to renegotiate terms or altogether walk away during the next recession.

There is a well-known saying in the investment community: “Don’t throw good money after bad.” Now this might sound like wisdom or short-sightedness, but startups will be affected either way because during a recession people are fundamentally governed by one thing: fear.

Besides fear, there is also proclivity to “cut your losses and run.” Startups will be increasingly misjudged or harshly judged for under performance.  When startups fail to meet agreed targets or metrics, as often happens during a recession, it will be easy and self-fulfilling for investors (and others) to label your startup as “bad money”, unsound or too risky.

To put it another: when there is blood in the streets, there will be more sellers than buyers. Investors will be deeply hesitant to take on new commitments and support existing ones. That’s business. That’s life in a recession. ​

The number of Indian startups that are attracting investment is falling. According to YourStory’s 2017 Funding Report, there were 820 deals last year – fewer than the number of deals in 2016 and 2015. And it is getting worse. In the first half of this year, Inc42 reported that there were only 317 deals valued at $3 billion – this represents a 47% drop in the value of deals and a 17% drop in the number of deals, compared to the same period last year.

In the coming months, after a few more seizures in the major stock markets of the world, you can expect widespread fear and panic to grip both angel investors and venture capitalists, as they bear witness to massive losses across their personal and institutional investment portfolios. Consequently, it will be very, very hard to raise capital and only the most promising startups will attract investors.

So if your startup needs to raise funds in the near future, do it sooner rather than later because the window of opportunity is closing. It is a well-known fact that many startups fail because they run out of money and if that happens, you will find it hard to hire and attract talent.

In a world where technology is rarely a source of competitive advantage, the only way for a startup to survive and thrive is to hire or attract outstanding human talent – that is, people who really get your business and can implement your vision and also add value, wisdom and dimensionality to that vision.

Startups that do not have sufficient capital to recruit and retain talent will be extremely vulnerable during a recession. When stock options are worthless and your ability to pay salaries and retainers is diminished, only those startups with a really compelling business model and vision will be able to retain and/or attract employees. And in an environment of fear and pessimism, it becomes even harder to communicate a compelling story.

Loyalty to employers in India is very, very thin. When Blackberry got swept away by the smartphone revolution, most of their top talent went to Apple. This is quite common in India, as in other parts of the world. You do not have to look far to see the high turnover of staff, whether inside or outside the startup ecosystem. 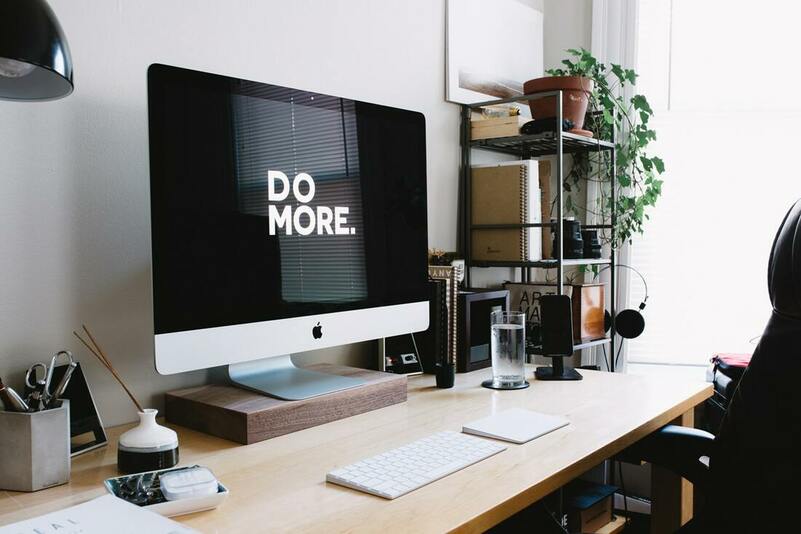 If you hope to keep your job, work longer and do more.
​More Work, Longer Hours and Salary Cuts

Happily, there is a flipside to the “brain drain” phenomenon, as not all startups will be forced to fire people. Those startups that have sufficient working capital for the next three to five years will seek to retain top talent but get more out of them. That is, they will apply increasing pressure on employees to work longer and harder for equal or lesser pay.

The lesson is this: if you hope to keep your job when times get tough, be prepared to step up, do more, take a salary cut, learn new skills, and work weekends and longer hours. In short, you will have to do more than the person sitting next to you at the office. Your job depends on it. 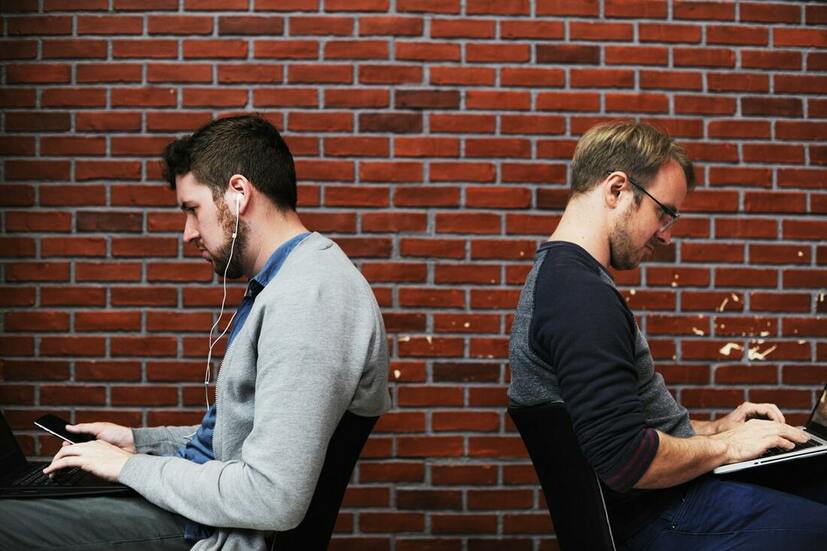 When the going gets tough, clashes between cofounders are inevitable.
Lonely at the top

When business gets really tough, emotions run high and tempers flare. Clashes between cofounders become inevitable. Disagreements will occur over money, over strategy, over how to pivot, over cost cutting, over which employees to fire and retain, and over who should lead the company. The power struggle invariably results in one or more cofounders exiting the business, leaving the other to fight and survive alone.

Quite commonly, even during good times, cofounders argue about who does more work and say hurtful things to each other out of defensiveness and ego – such arguments will only get sharper and more heated during difficult times.

But if you can anticipate the above behaviours and remain fully conscious, you can manage conflict and, most importantly, manage yourself. If you and your partners can come to a harmonious and gracious mutual understanding, if you divide tasks more effectively, and if you stay united and agree to work longer, harder, and smarter than ever before, your chances of survival will be much higher.

Nevertheless, the ghost of despondency and loneliness may still visit you, as it becomes increasingly difficult to retain talent and get through a time of poor sales. But don’t give up. Conquer your loneliness. It’s the healthiest life skill that you will ever learn. ​ 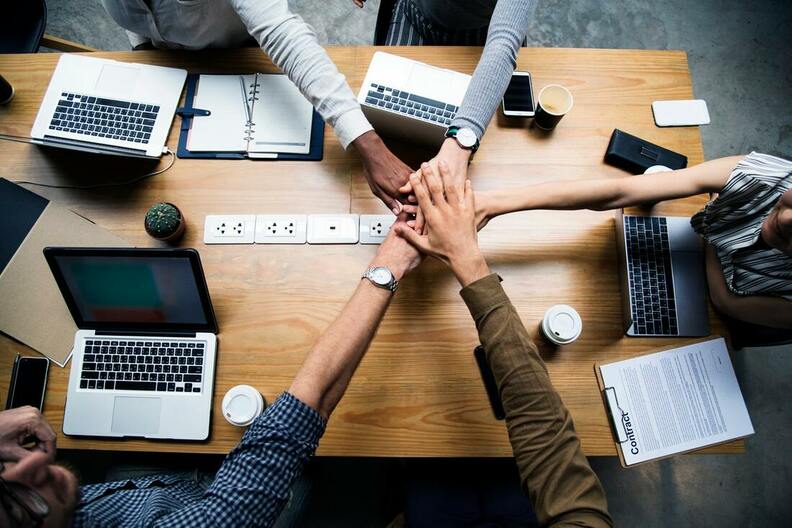 If each member of the team agrees to work longer and assume more responsibility, your startup is more likely to survive.
​Final Word

If you are a startup looking to protect yourself from the deleterious effects of the coming global crash, start questioning all your assumptions, projections, vulnerabilities and dependencies from now. Think carefully about each of the seven effects described above and how they may or may not occur within your startup or market.

Remember that when global panic and fear take root and manifest themselves through stock market upheavals and even physical violence, there will be zero predictability about the fate of companies, the direction of the economy, and the behaviour of the people around you – including your customers, investors, and employees. Irrationality will be widespread.

Above all, keep a cool head. And remember the adage, “This too shall pass.”
Disclaimer

​The above article may contain ominous predictions and forward-looking statements. The intention is not to offer financial advice or discourage entrepreneurship, but to encourage prudence and planning. Where data is cited, readers are encouraged to undertake their own research to validate the accuracy of data, and not to rely on the implications or opinions shared here.
This article was written by Alykhan Alidina, CEO of Ayurooms, a travel and tourism startup that strives to enhance global access to India’s best resorts for Ayurveda, yoga, and holistic health.